I decided to start waking up at 5am to see if it would make a difference in my day.

It was very surprising to see what I could get done by waking up a little earlier than usual.  While trying to wake up early I came up with 5 tips to help with the early rising process. 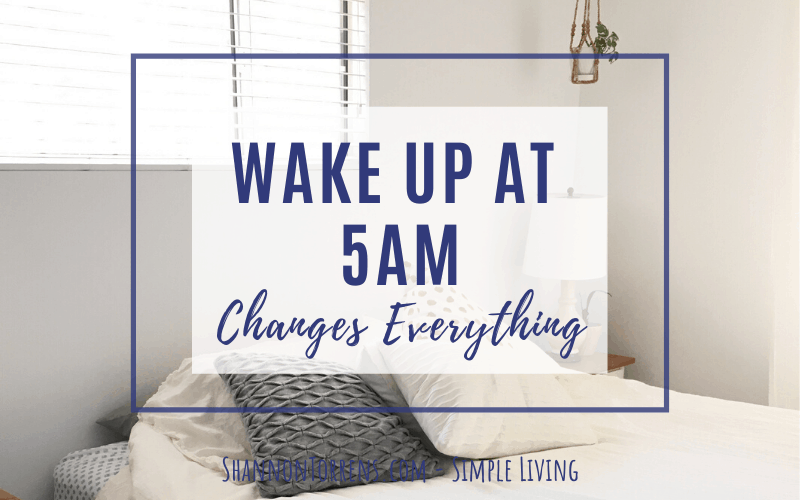 Throughout my entire life I have heard people say they don’t have time to do certain things.  I was one of these people.  These “things” might be getting in shape or learning a new skill.

I think it is easy to use time as an excuse of why we can’t get certain things accomplished.  I know I have done this in the past, but the truth is if you want something bad enough you will make time.  By waking up at 5am I am gaining 2 hours everyday to do something productive.

I know the biggest argument to this waking up early thing will be, just stay up late, but think about what happens late at night.  Usually at night we end up watching TV or going on our phone and in general getting distracted.  What do most successful people have in common?  They wake up early and they have routines.  Read more here (if interested)

The Wake Up at 5am Experiment

When I started this experiment I was really unsure if I could or would wake up at 5am.  What I quickly realized is there is something magical about waking up before everyone else.  Getting a lot done in the morning set the tone for the entire day.

I was up accomplishing 2 hours of tasks that normally wouldn’t get done until late at night.  By feeling accomplished in the morning I was able to go through the rest of my day knowing I had already been productive.

One saying I like to use is, clutter attracts more clutter, but the same could be said of being productive.  Productivity attracts more productivity.  Such a small change has lead to many larger changes.

Learning how to make websites, writing this blog, making youtube videos, editing photos, and working on art.  After waking up at 5am for a month I am a converted early riser.

With being a stay at home mom sometimes this is the only time in my day where I am alone.  I can work on things that I want to learn with a fresh clear mind.

Read: How I prepare for a 5am wake up call

Watch How to Wake Up At 5am:

After a month of waking up at 5am this is what I learned:

I quickly realized I can’t stay up till 12am and wake up at 5am!  That is not enough sleep for me.  I decided 10pm was the best bed time because that gave me 7 hours of sleep.

I can function really well on 7 hours of sleep.  Some people may need more or less sleep.  I would suggest a little trial and error to figure this out.

On my iPhone under clock there is a button called bed time, this is where you can choose your bed time and wake time.  I found this to be so helpful because it reminds me every night that it is time to go to bed.

When the weekend comes along I still wake up early and go to be early.  I found it hard to switch my schedule during the week because over time I naturally wanted to go to bed early and wake up early.  There have been times where I might wake up at 6am, but most of the time I keep the 5am wake time. 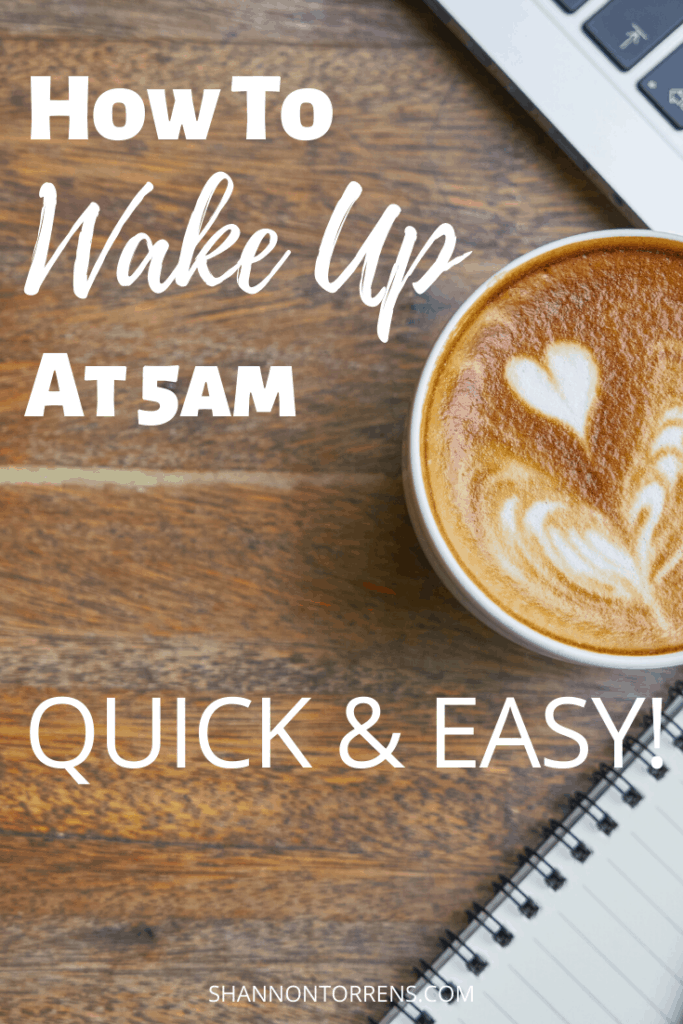 HAVE A GOAL or Reason to Wake Up Early

The most important step to waking up early is having a reason for getting out of bed.  I think this is why I have never been able to wake up early before, I never had a reason.  My reason right now is I am learning a new skill, but that is not enough.

I like to break this goal down onto paper each night.  I write out a list of exactly what I plan to do when I wake up in the morning.  If I don’t write this list out I will get side tracked and next thing I know I am on Face Book.

Get very specific with your morning plan.  I like to write down 3 really simple doable things to get the ball rolling.  Starting with the most enjoyable task.

Once one item is checked off my list I feel like I have accomplished something and therefore waking up early was worth the effort.

Getting Up Early Makes Me Thirsty

The best way for me to wake myself up is to drink some cool water.  So again I am getting ready the night before, by putting my cup next to my bed for the morning.  Once I am up and drinking water there is no way I am going back to bed.

Set an Alarm or Two

When I was in college I always had to do this because I had no reason to get up, therefore I would turn off the alarm and forget!  If you can’t trust yourself put the alarm out of reach.

Obviously if you live with other people and they have a different sleep schedule then you might have to do something else, but this works great for me.

Prepare for Getting Up Early or You Won’t

Be prepared with a plan of what to do in the morning.  If the plan is to work on the computer, have everything you need set up and ready.  If your plan is to work out, put your clothes out the night before.

No matter how you spend your time make sure you are not wasting that extra time wandering around your house looking for things in the dark.  One thing I realized I needed the first morning was some soft light to let my eyes adjust.

I also turned my computer to a more yellow color from 9:45pm till 7am that way my eyes are able to adjust easier to the brightness.  These simple preparations made me more productive and in turn made waking up easier. 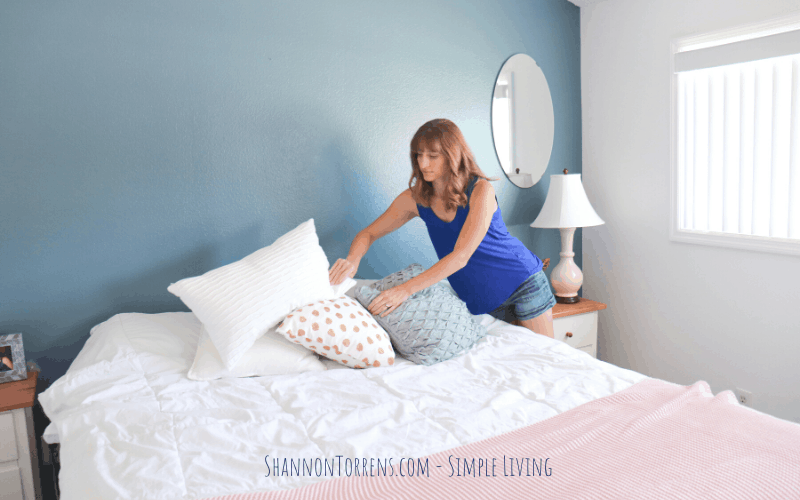 Benefits of Waking Up Early

I have found so many benefits to waking up early and a lot of them were surprising!

Waking Up at 5am Conclusion

Waking up at 5am was much easier than it initially seemed.  Once I got into a routine using the tips I shared it became very easy to wake up early.  Within that 30 days I was able to set up this blog and finish the course I was taking! Here are some more benefits of getting up early.

Let me know in the comments if you like waking up early and if any of these tips have helped.

Decluttered Kids – Before and After

How We Became Minimalist

Decision Fatigue – Do you have this?

How to do a Seasonal Declutter

Pin Waking Up At 5AM Is Changing My Life: 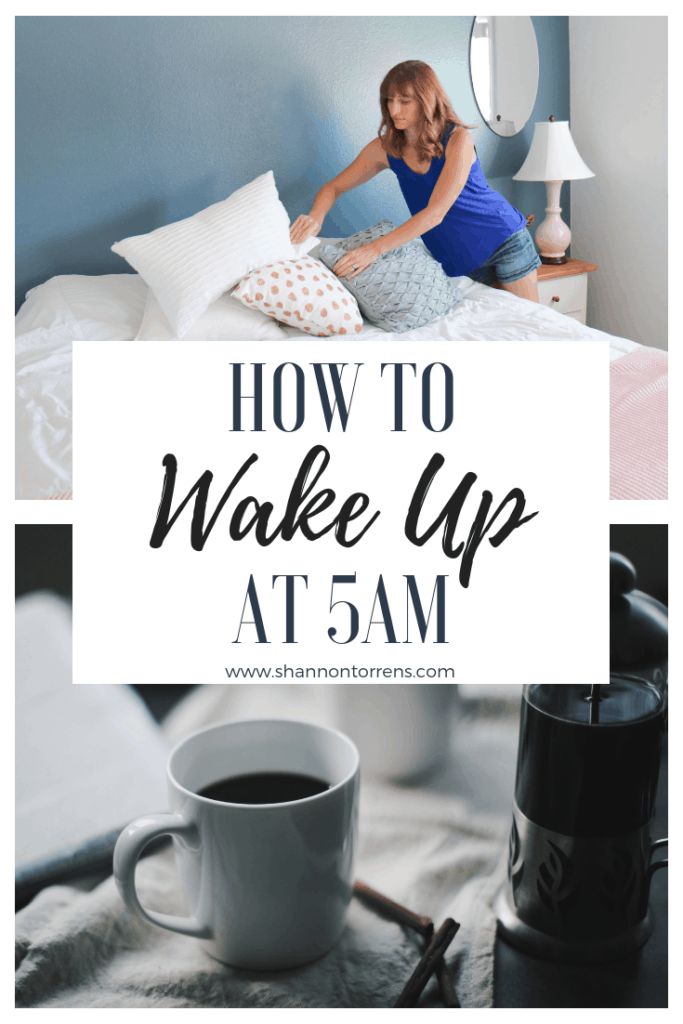 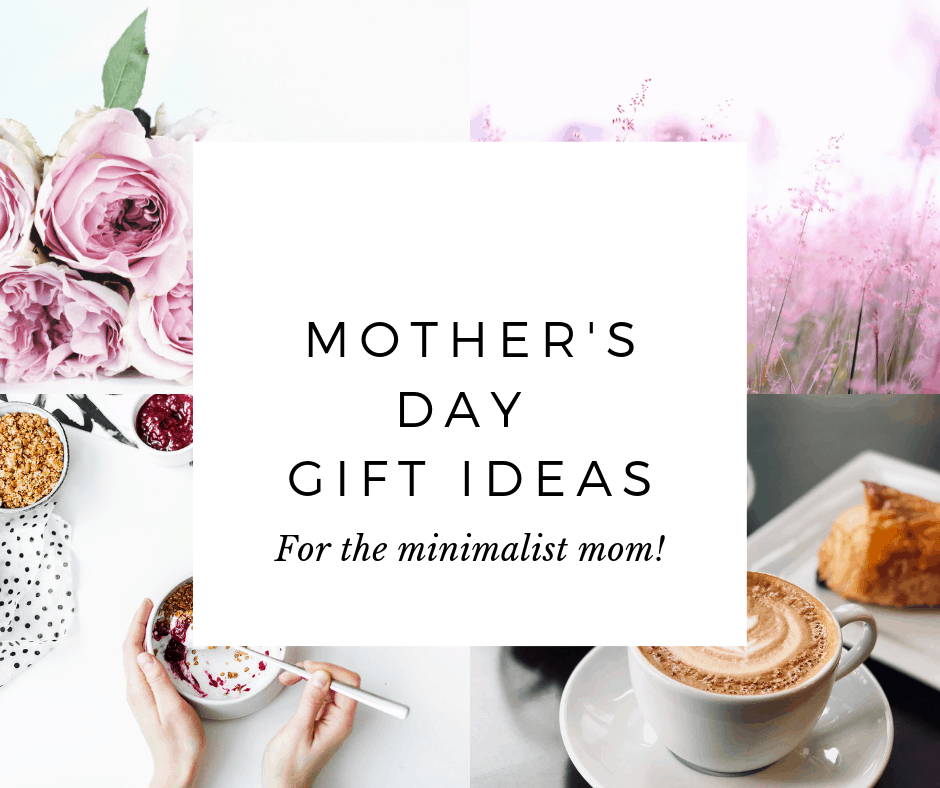 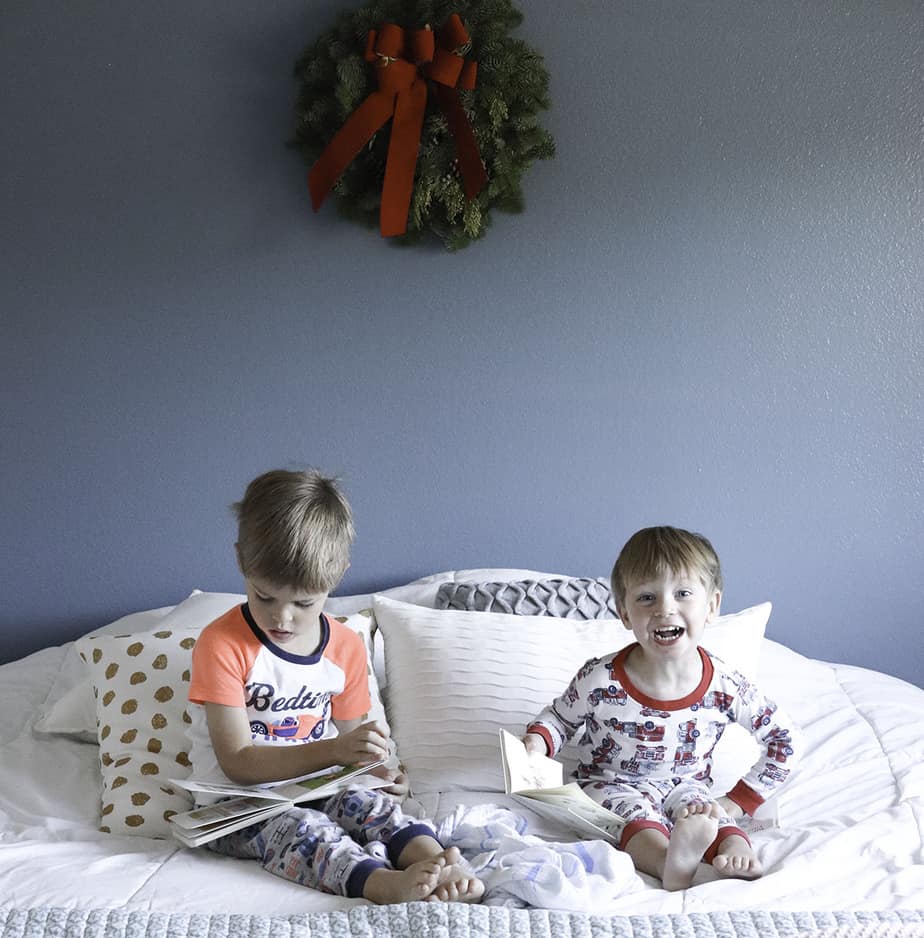